Metal or plastic? In many load transmission applications, the choice will be clear-cut based on loads, lifecycle expectations and environmental conditions. There is, however, a third choice that involves both metal and plastic. Hybrid components that use a structural metal hub with a polymer load surface can offer the best of both worlds in load transmission applications. A good example can be found on a recent feeder rack application that uses a set of rollers made by casting our Power-Core™ material over a steel hub. The rollers, which measure between 250 and 500 mm across, had to withstand high static and dynamic loads. At the same time, they also had to do operate smoothly, in part to minimize frictional heating and in part to minimize noise. 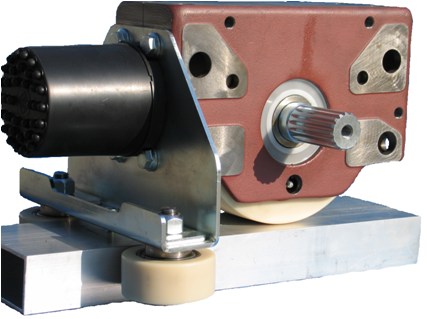 Early in the project, it became clear that a hybrid solution would be the best way to meet all the application requirements. The steel hub provides the needed structural strength, while the Power-Core bearing surfaces reduce wear, frictional heating and noise in ways that all-steel rollers could not.

The right plastic. Power-Core isn’t the only polymer that can be used in applications like this one, but it emerged as the best one for a couple of reasons:

To learn more about Power-Core’s use in hybrid rollers, cam followers and other motion components, download our white paper “Enhancing Motion Systems With Plastics.”

From cheap plastics to the world’s most expensive composites, many types of polymers have been machined, molded or cast into power transmission components.  We’ve focused our development efforts on the use of a proprietary, gravity cast Polymer called Power-Core®.

Thanks to the interplay of its intrinsic physical properties and low-stress casting process, Powercore represents the ideal material choice for power transmission applications. Here’s why:

Remains Stable and Dampens Vibrations.  Power-Core has an unparalleled ability to maintain its physical properties under a broad range of operating conditions. This stability allows us to make highly accurate predictions of the material’s behavior and lifecycle even when the application has variations in moisture, temperature and chemical exposure.

In particular, Power-Core’s stability in persistent high-humidity or total-immersion conditions makes it uniquely well-suited to power transmission applications and sets it apart from other polymers. Unlike Power-Core, most high-performance polymers absorb moisture. As they do, they lose their tensile strength and swell. Power transmission components made from moisture absorbing, or “hygroscopic,” polymers can end up too weak to carry the loads they were designed for and too swollen to work with mating components.

For an idea of how severe the moisture problem can be, consider the difference between Power-Core and the much more common nylon 6. While both are nominally “polyamides,” powercore outperforms other nylon 6 and nylon 12's dramatically as moisture content increases.

Eliminates Internal Stresses. Power-Core isn’t just a material but also a manufacturing approach that encompasses gravity casting and precision machining. We gravity cast the Power-core over metal hubs or thermally install it over rollers bearings to produce the beginnings of a cam follower, roller or gear. We then precision machine these blanks to form a finished component.

With engineering polymer applications, the interplay between manufacturing methods and the inherent polymer properties matters as much as the choice of the polymer itself.

Power-Core is no exception. In this case, the gravity casting contributes to low internal stress state that gives the polymer an inherently uniform crystalline structure. As a result, Power-Core components have a consistent machining resistance that improves overall machining precision–and allows the material to retain that precision over time. And under external load, the dense crystalline structure helps thwart the stress-induced cracks or swelling that sometimes force molded plastic components to fail prematurely. 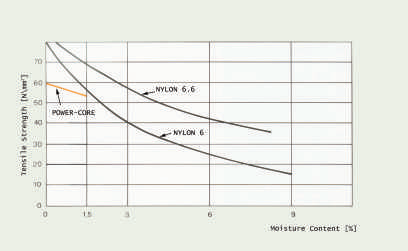 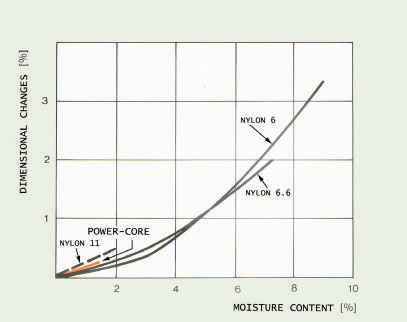 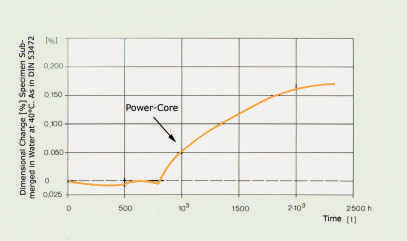 When designing motion systems that require rollers or cam followers, many engineers still believe that only all-metal components will fit the bill. Yet rollers and cam followers with polymer bearing surfaces have emerged as a high-performance alternative to traditional metal components.

In heavily loaded applications, polymers can withstand enormous forces if designed properly. For example, we’ve engineered and delivered polymer rollers that can withstand continuous forces up to 8 tons.

Most applications, however, are not so heavily loaded. The primary role of the roller or cam follower is to transmit motion, rather than support hefty loads. In these applications, off-the-shelf rollers and cam followers will do a good job without the need for custom engineering.

And increasingly, these off-the-shelf products are not made entirely from metal. Instead, they are hybrid designs that consists a polymer load bearing surface over a metal roller bearing or structural hub. Sized as drop-in replacements for standard sized metal rollers, the hybrid rollers offer some compelling technical advantages thanks to their use of polymers.

Our latest white paper delves into the technical advantages of gravity cast nylon-12 rollers and cam followers. It includes detailed comparisons nylon 12 with both metals and other plastics. Download it now. 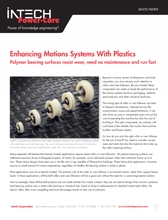 Below is the first look at our newest product: A non-lubricated linear Slide.

“Will plastic rollers or cam followers last in my application?”

Together with a leading university we developed a roller life calculation, to reassure our customers of the reliability of Intech Power-Core™ rollers. This formula includes calculation of flat development and number of expected life cycles.

The roller life calculation is based on experimental data collected in tests over a period of three years. We can say with confidence that the calculation has become a reliable predictive tool for durability of plastic rollers.

Frequently we get asked about the durability of our plastic rollers and cam followers. We thought it would be good to give readers a quick link from our blog to the Roller Card, which you can download, edit and then send to us with data pertinent to your application:
http://www.intechpower.com/Roller_Calculation.html 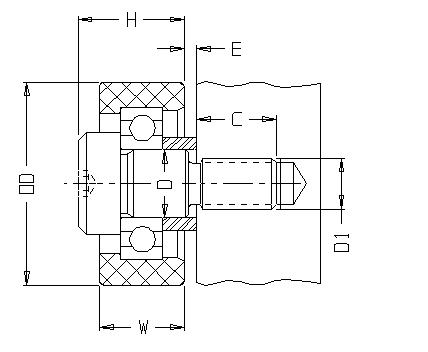 Example of Sketch and Input Data for Roller Durability Calculation