Though the necker on a can making line performs a very specialized task, the mechanical subsystems found on this machine offers a number of design lessons that can be applied more broadly by any engineer working to improve the performance and reliability of high-speed equipment.

Consider, for example, the necker’s cam-driven ram actuators. Mounted on a rotating turret and moving at speeds up to 250 strokes per minute, these rams push the round can shell onto a series of shaping dies that gradually reduce the diameter of the can to form its neck.

Traditionally, these Belvac rams have consisted of a round moving pin that translates axially within a barrel-like steel housing, with a machined keyway to keep the pin from rotating. The ram was driven directly via a pair of metal cam followers that mount on the rear end of the pin and engage a stationary cam.

That design, however, suffered from three problems in the field. For one, it required an aggressive lubrication regimen to combat ram and cam wear. For another, it allowed the pin to lift and twist in the barrel, causing premature wear that extends all the way back to the can. And lastly, the traditional design limited the operating speed of the necker.

We eliminated all three problems with a radical redesign of the ram that:

Now in use by can makers around the world, the redesigned ram has offered a compelling payback. It has resulted in reduced maintenance costs, including the elimination of expensive automated lubrication systems. It has also contributed to reduced defect rates and faster line speeds.

Learn more about the redesign in our latest design case study, Redesign Improves High-Speed Can Making Machine. The case study offers a deeper look at our design process, including a glimpse at the finite element analysis (FEA) work that guided some of our decisions. The case study also highlights the side-benefits of designing for lubrication elimination.

I recently attended a round table discussion with Mrs. Beryl Blecher, Minister Counselor for Commercial Affairs U.S. Mission to the European Union based in Brussels. One topic stuck in my mind – energy efficiency. Mrs. Blecher emphasized that energy savings are very important to European governments, industrial buyers and consumers alike. She also said that US manufacturers often lose in competition with European manufacturers as their equipment does not exhibit the same energy efficiency, perhaps even if the price is lower. Here are links to details about the energy ruling by the EU commission you might find useful.

CSEU Market Research Report   (Please note that EU law on energy performance of buildings has since been adopted).

While it is a somewhat lengthy reading, it speaks of ambitions goals of 20% in saving energy by 2020 and I believe, points out a big opportunity for US manufacturers. The lower value of the Dollar is already giving us a head start and energy efficiency built into your equipment could help to close the sale.

Relying on our 30 year history, we at Intech Corporation would like to be a part of your efforts to design and produce energy efficient equipment by providing low inertia, high efficiency gears and linear motion products. 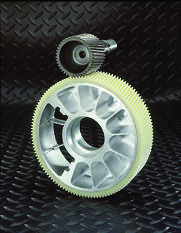 Do you have an application we can help you analyze to see where we can identify energy efficiencies? The analysis is free. Please give me a call at 201-767-8066 or Toll-Free on 1-877-218-2650 and ask for Georg.
0 Comments Click here to read/write comments 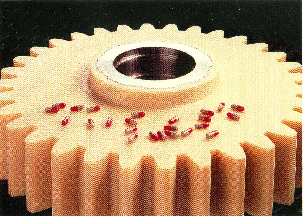